Vancouver Adult Co-ed Hockey League is operated by the Vancouver Parks Board. Teams play in arenas around Vancouver.

“We are the Ultimate Hockey League for Beginners to Intermediate skilled level players. Our goal is to provide a social, safe and competitive environment. We take great pride to ensure teams are tiered competitively. We offer the experience of a pro league.”

“The CHL Richmond League is an adult men’s hockey league with games played out of the Richmond Ice Center and Minoru (if needed). Games run all days of the week at multiple start times.

The CHL Women’s League is an adult women’s hockey league with games played out of the Richmond Ice Center and Minoru (if needed). Games run all days of the week at multiple start times.”

“The Duffers Hockey League is a non-contact adult recreational ice hockey league in the Lower Mainland of British Columbia, Canada.
The league is for hockey players who want structured league play that is competitive and sportsmanlike. Fighting, overly aggressive play and verbal abuse is not tolerated. Player enjoyment and safety is a league priority.” 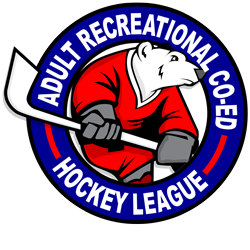 “HockeyTourney provides co-ed ice hockey tournaments and weekly drop in sessions for adult beginners and intermediates in Vancouver.” The Adult Recreational Co-ed Hockey League runs from September – February and is for beginner/intermediate players.

“Urban Rec Leagues are all about being active, being social, and having fun. At Urban Rec we stress the FUN and social aspect of playing sports with your friends. It really is all about getting out, meeting people, and generally having a good time.”

“We are a Vancouver based women’s league that plays on Saturdays from mid-September until mid-April. Players with all levels of experience are welcome; we have two competitive play divisions to accommodate all skill levels.”

Let us know in the comments if there are any other hockey leagues that should be added to the list.